WASHINGTON (Reuters) -President Joe Biden will seek regional consensus on a new economic agenda to build on existing trade agreements with Latin America and present a plan to tackle increasing migration when he hosts the Summit of the Americas, senior U.S. officials said on Tuesday.

Previewing Biden’s priorities for the June 6-10 gathering in Los Angeles, administration officials said his message will be that “we can’t do business as usual” in the hemisphere. But they offered few specifics on how he would address the challenges exposed by the COVID-19 pandemic.

Summit preparations have been clouded by the threat of an embarrassing boycott by some regional leaders, including Mexican President Andres Manuel Lopez Obrador, if Cuba, Venezuela and Nicaragua are excluded.

Washington hopes Lopez Obrador will attend, but is confident his absence would not detract from efforts to address migration or hurt cooperation on the U.S. southern border, one official told reporters, speaking on condition of anonymity.

The summit is being convened in the United States for the first time since the first such gathering in Miami in 1994, as Biden seeks to reassert U.S. leadership and counter China’s growing clout. He and other leaders are due to arrive on June 8.

The United States has said it only wanted leaders of governments that respect democracy to attend, and last week Biden’s summit coordinator said the leftist governments of Venezuela and Nicaragua would not be invited. He said a decision on Communist-ruled Cuba would be up to the White House.

One of Biden’s summit goals will be to help the region recover from the economic of the pandemic.

“We’re going to use the summit to align regional leaders, the private sector and civil society behind a new and ambitious economic agenda for Latin America and the Caribbean that I think looks to build upon the existing free trade agreements that we have in the Western Hemisphere,” one official said.

Asked whether the summit might produce a proposal for a regionwide trade initiative similar to the framework for a 13-country U.S.-Asian economic bloc that Biden announced on his Asia tour, the official said: “I wouldn’t make any comparisons.”

Biden’s approach will be to take advantage of trade deals already in effect, the official said. Those could include the United States-Mexico-Canada Agreement and bilateral pacts with various Latin American countries. Attempts to forge a hemisphere-wide trade zone have never gotten off the ground.

With Biden facing domestic pressure over the record number of migrants trying to enter the United States at the Mexican border, he is expected to seek help in stemming the flow of people north.

The summit will produce a “declaration” addressing migration, including a package of announcements, according to a second official. “It will be non-binding, but it will be very forward-leaning,” the official said, while offering few details. 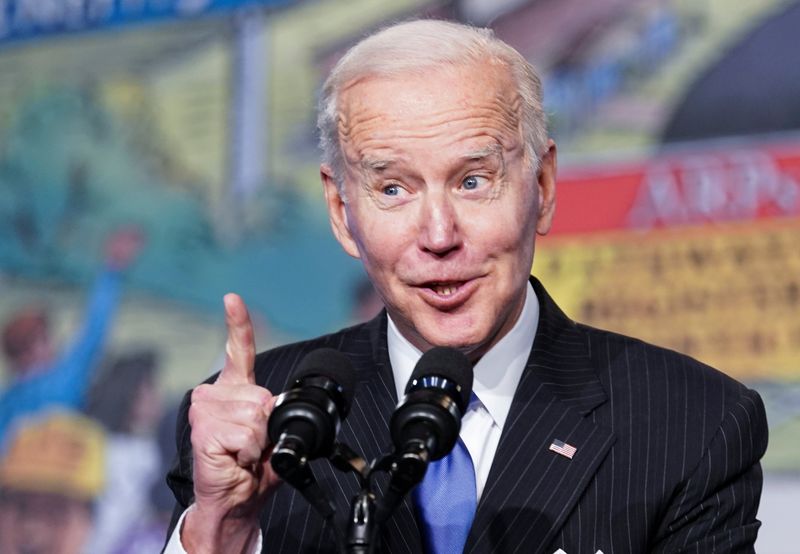