Factbox: How could UK PM Boris Johnson be ousted by unhappy lawmakers?

FILE PHOTO: Britain's Prime Minister Boris Johnson holds a news conference in response to the publication of the Sue Gray report Into "Partygate

(Reuters) – A growing number of Prime Minister Boris Johnson’s Conservative lawmakers have withdrawn their support for the British leader after a damning official report detailed a series of illegal parties at his Downing Street office during COVID-19 lockdowns.

Johnson, who helped the Conservatives win a large majority in a 2019 election, has apologised but said he will not resign.

More than 25 Conservative lawmakers have publicly called for Johnson to quit, with many saying they have written letters of no confidence in the prime minister — the first step required to seek a leadership challenge.

Below is an explanation of how Johnson could face such a challenge under the governing Conservative Party’s rules:

– What needs to happen for there to be a leadership contest?

A leadership challenge can be triggered if 15% of Conservative members of parliament (MPs) write letters demanding a confidence vote to the chairman of the party’s “1922 Committee”, which represents lawmakers who have no government jobs.

The Conservatives have 359 MPs, so 54 would need to write such letters for a confidence vote to be called.

– Could this happen to Johnson?

More than 10 Conservative lawmakers have confirmed publicly that they have written to 1922 Committee chairman Graham Brady.

The letters are confidential, so Brady is the only person who knows how many letters have been submitted.

– What would happen during a confidence vote?

All Conservative MPs could vote for or against their leader. If Johnson wins he remains in office and cannot be challenged again for 12 months. If he loses, he must resign and is barred from standing in the leadership election that follows.

– How quickly can a no-confidence vote take place?

Under Conservative rules, the 1922 Committee chairman in consultation with the party leader decides the date of a vote, to be held as soon as possible.

When Johnson’s predecessor Theresa May faced a confidence vote in December 2018, which she went on to win, it was held on the same day the 1922 Committee chairman announced he had received enough letters to trigger the vote.

British media have reported that if a threshold is met over the next few days, Brady might wait until parliament returns from recess on June 6 to announce the vote, to avoid overshadowing four days of national celebrations to mark Queen Elizabeth’s Platinum Jubilee.

– What would happen if Johnson lost a confidence vote?

If Johnson lost, there would be a leadership contest to decide his replacement. However, a national election would not automatically be triggered, and his replacement would become prime minister.

If several candidates come forward, a secret vote is held among Conservative MPs to whittle down the field. The candidate with the fewest votes is removed and another ballot among Conservative lawmakers is held. The process is repeated until two candidates remain, with votes held several days apart on Tuesdays and Thursdays.

The final two candidates are then put to a postal ballot of the wider Conservative Party membership, with the winner named the new leader. Voters need to have been party members for more than three months. 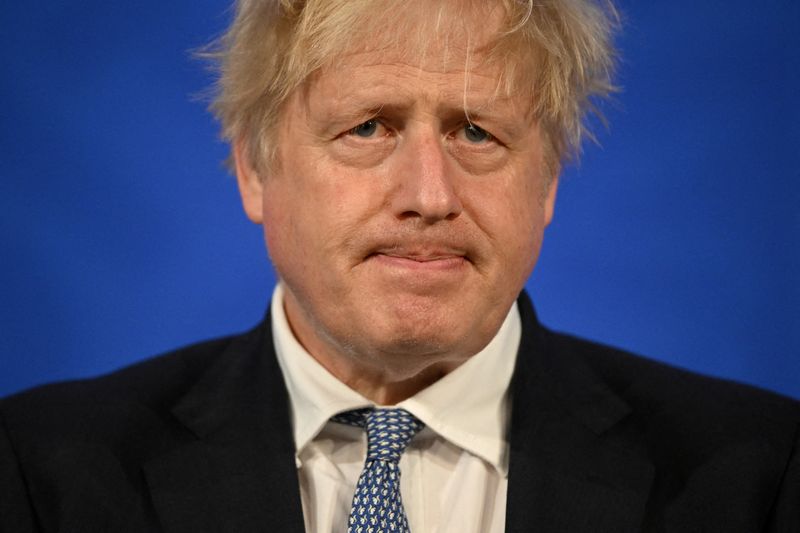