By Casey Hall and Brenda Goh

SHANGHAI (Reuters) – Shanghai authorities on Tuesday began dismantling fences around housing compounds and ripping police tape off public squares and buildings before the lifting of a two-month lockdown in China’s largest city at midnight.

On Monday evening, some people allowed out of their compounds for brief walks took advantage of suspended traffic to congregate for a beer and ice cream on deserted streets. But there was a sense of wariness and anxiety among residents.

Most will be stuck indoors again until midnight as they have been for the past two months under a strictly enforced lockdown that has caused income losses and stress and despair to people struggling to access food or get emergency healthcare.

The prolonged isolation has fuelled public anger and rare protests inside the city of 25 million people and battered its manufacturing and export-heavy economy, disrupted supply chains in China and around the world, and slowed international trade.

Life is set to return to something more like normal from Wednesday, when the passes issued by residential buildings for people to go out for a few hours will be scrapped, public transport will resume and residents can go back to work.

“This is a day that we dreamed of for a very long time,” Shanghai government spokeswoman Yin Xin told reporters.

“Everyone has sacrificed a lot. This day has been hard-won, and we need to cherish and protect it, and welcome back the Shanghai we are familiar with and missed.”

By a creek in Shanghai on Tuesday, a marinated goose store was restocking shelves, a bar was doing last-minute renovations, and cleaners were scrubbing shop windows.

Curbs will ease for about 22.5 million people in low-risk areas. Residents will still have to wear masks and avoid gatherings. Dining inside restaurants remains banned. Shops can operate at 75% capacity. Gyms will reopen later.

Residents will have to test every 72 hours to take public transport and enter public venues. Tough quarantine is still in store for anyone catching COVID and their close contacts.

China is alone among major countries enforcing a “zero COVID” policy of eradicating outbreaks at just about any cost.

“What has materially changed to ensure that this will not happen again?,” he asked. “That’s where the uncertainty lies.”

Todd Pearson, managing director of Camel Hospitality Group, which operates restaurants, bars and gyms in and around Shanghai, is wary.

His restaurants can only do deliveries, which bring about 5% of revenue, not enough to pay salaries and rent. At least from midnight his workers who have been sleeping on site can finally go home.

“I’m hopeful that they will rush things along to restart the economy,” Pearson said. “I just hope it’s not at the cost of more outbreaks. I’m not sure many businesses or the people could handle much more.”

Economic activity in China has somewhat recovered in May from a dismal April as COVID curbs in manufacturing hubs were gradually relaxed, although movement controls still depressed demand and restrained production.

Shanghai reported 31 cases for May 30, down from 67 a day earlier, mirroring a downtrend throughout China to less than 200 infections nationwide.

The end of Shanghai’s lockdown does not mean returning to pre-COVID ways of living.

Some banking clerks said they will have to wear full hazmat suits and face shields as they start facing the public from Wednesday. One said he would take some basic supplies to work, in case a colleague tests positive and staff are required to isolate in the office.

The city’s handling of the lockdown provoked rare protests, with people at times banging pots and pans outside their windows to show their discontent.

“The Shanghai government needs to make a public apology in order to obtain the understanding and support of the people of Shanghai and repair the damaged relationship between the government and the people,” Qu Weiguo, a professor at the Fudan University school of foreign languages, posted on WeChat.

The displays of resentment come during a sensitive year for President Xi Jinping, who is expected to secure a third leadership term this autumn.

One compound hanged a Chinese flag for residents to take pictures with as they lined up for one more PCR test before the reopening.

“It’s worth celebrating,” said one volunteer at the testing site, who was more optimistic about COVID than those getting their noses swabbed. “Probably we won’t have it again in the rest of our lives.” 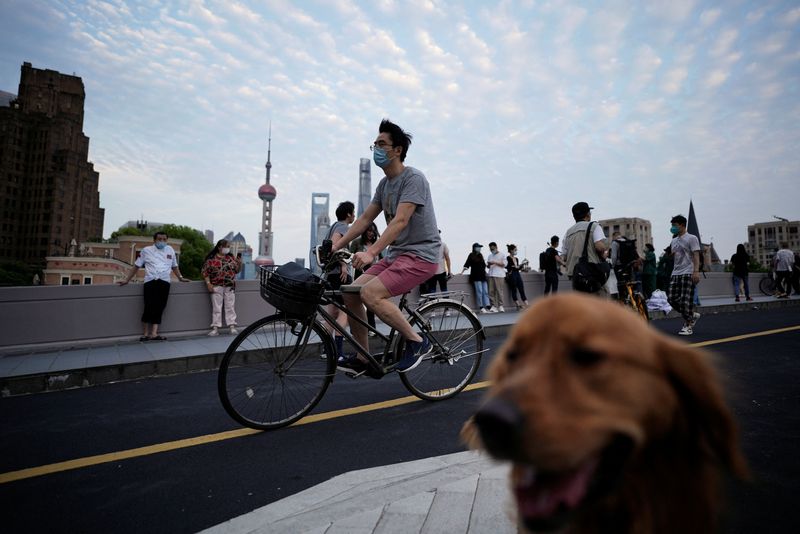 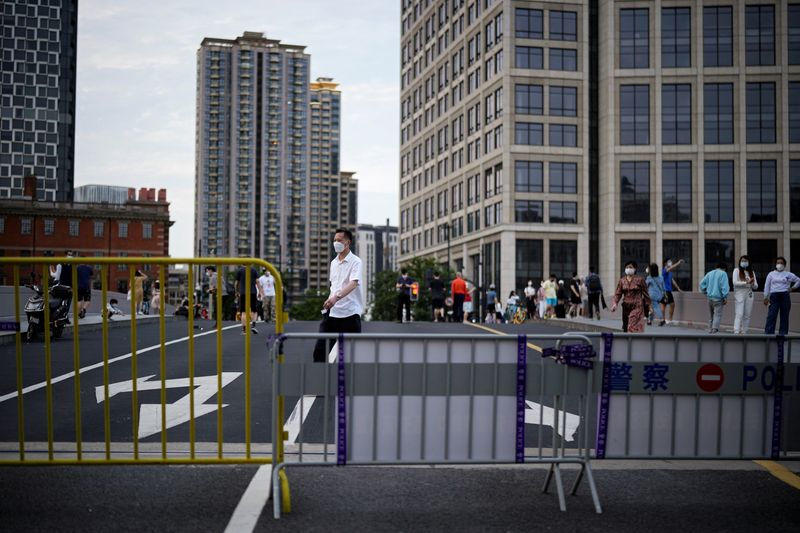 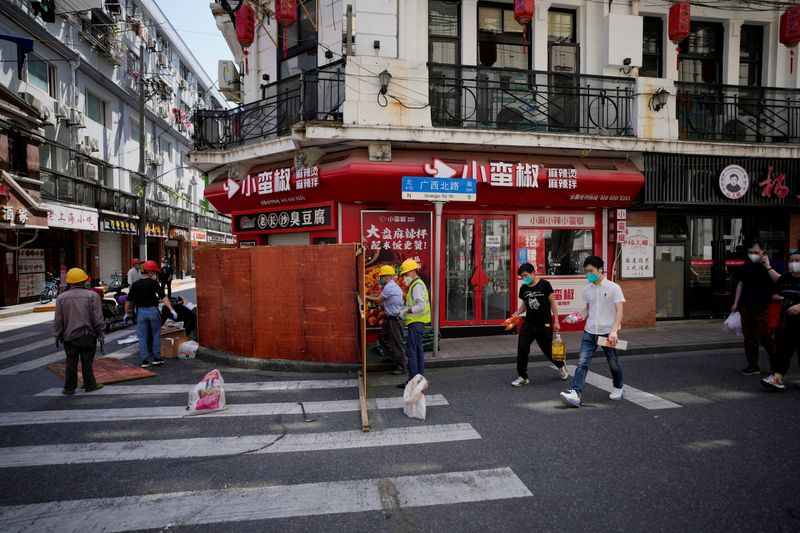 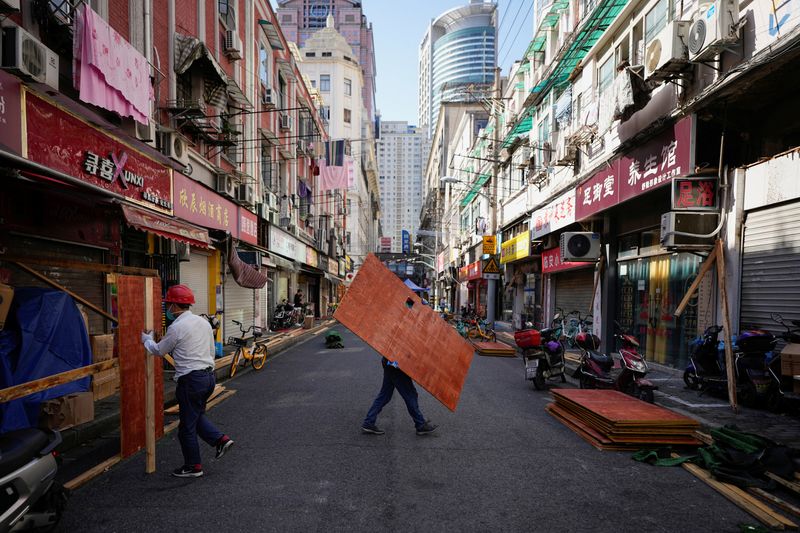 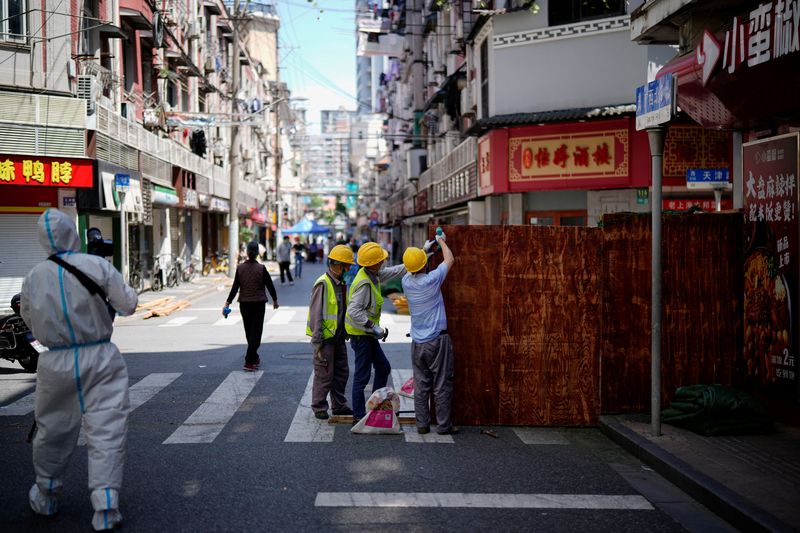