HONG KONG (Reuters) – Hong Kong’s Cardinal Joseph Zen – in his first public remarks since he was arrested in a national security case earlier this month – on Tuesday criticised the Vatican for its “unwise” deal with China that is due for renewal in September.

Zen, a 90-year-old retired Bishop of Hong Kong, is one of the most senior Catholics in Asia. He spoke at a mass for the Chinese Catholic church almost two weeks after his arrest as part of a national security police probe into foreign collusion over a legal support fund.

Arrested with four other activists, Zen was released on police bail pending any possible formal charges.

“The Vatican may have acted out of good faith, but they have made an unwise decision,” Zen told a gathering of 300 people at a small neighborhood church on Hong Kong island.

He earlier prayed for “brothers and sisters who cannot attend the mass in any form tonight – for they have no freedom now.”

Zen has long been a critic of the deal first struck in 2018 in a bid to ease a longstanding divide across mainland China between an underground flock loyal to the Vatican and a state-backed official church.

The deal, centred on cooperation over the appointment of bishops and whose details have never been made public, was extended in 2020 pending a renewal later this year.

Zen’s appearance came hours after a brief court hearing where he pleaded not guilty to a minor related offence of failing to register the fund as a society with the police.

The White House and human rights groups have condemned the prospect of national security charges against Zen and other activists. The Vatican has expressed “concern” and said it was following developments “with extreme attention.”

Zen did not go into detail about his own situation, but said it was normal for Catholics to “bear some pain.” 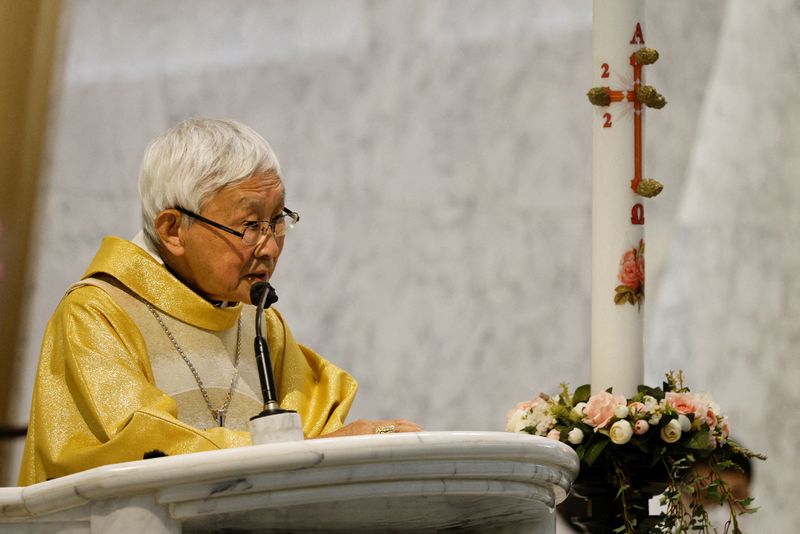 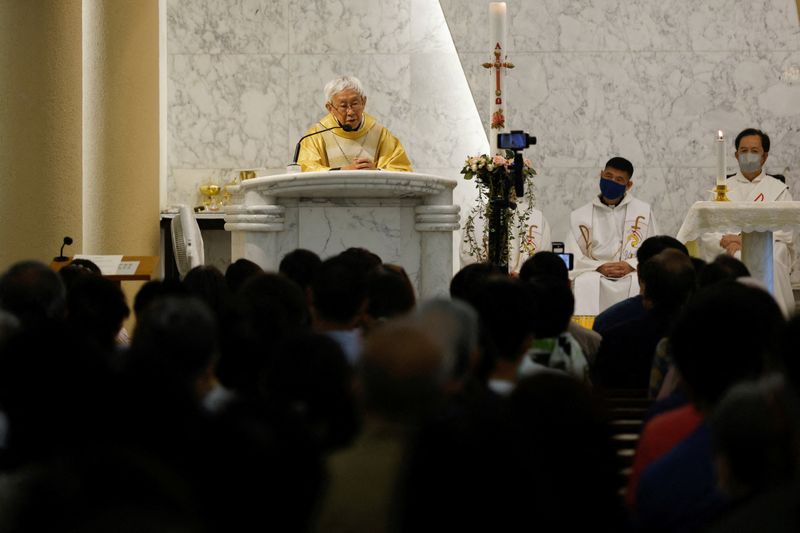