ABUJA (Reuters) – Nigeria’s President Muhammadu Buhari on Tuesday asked state governors from the ruling All Progressives Congress (APC) party to support him in choosing a successor who would stand for election in a presidential contest in February 2023.

Nigerians will go to the polls to choose a new president as Buhari will step down after leading Africa’s most populous nation for eight years.

The APC party has set June 6-8 for its special convention to choose a presidential candidate. If the president has his way and the governors, who wield influence with voting delegates, rally behind his candidate, it would force the other contestants to withdraw from the race and avoid a vote

Twenty-three candidates, including Vice President Yemi Osinbajo and Bola Tinubu, a powerful former governor of Lagos state, and some governors have registered to contest.

In a speech to state governors, Buhari said the APC had established policies that ensure smooth succession at all levels of government, including according governors the privilege to have a say on who succeeded them.

“In keeping with the established internal policies of the party … , I wish to solicit the reciprocity and support of the governors and other stakeholders in picking my successor, who would fly the flag of our party for election into the office of the president,” Buhari said.

Getting governors to rally behind a single candidate may not be easy, as some want to contest the primary. Buhari may also face pus hack from Osinbajo and Tinubu who have campaigned to woo delegates.

(Additional reporting and writing by MacDonald Dzirutwe in Lagos, Editing by Cynthia Osterman) 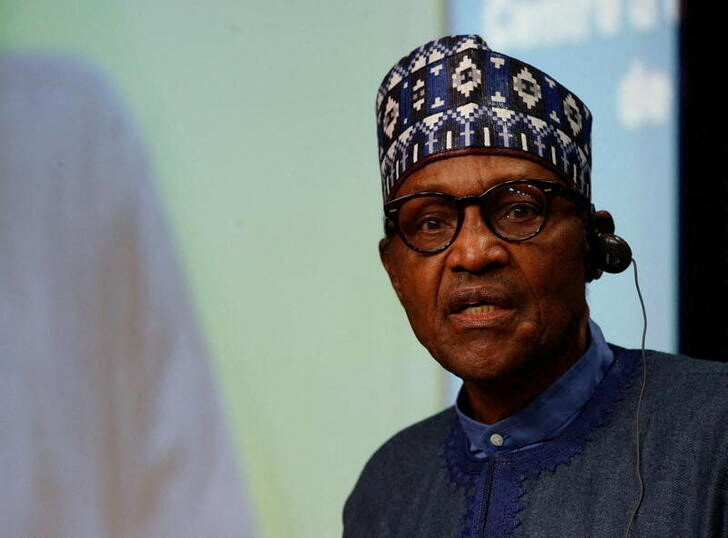