(Reuters) – Slovak Finance Minister Igor Matovic said on Tuesday he would propose a special tax on Russian crude processed in the country, clashing with a government coalition partner as he seeks to raise budget revenue for the state’s anti-inflation measures.

The proposal comes as European Union states also seek agreement on a tougher set of sanctions against Russia for its invasion of Ukraine. That includes a possible oil embargo from which Slovakia has sought a temporary exemption.

Slovakia relies on Russian crude, coming via the Soviet-era Druzhba (Friendship) pipeline from Russia. The country’s sole refinery is operated by Slovnaft, which is controlled by Hungary’s MOL.

Matovic said the special tax could bring in around 300 million euros ($316.29 million) of additional revenue to the state budget, which could cover some costs of state measures to ease the burden of surging inflation in the country.

He said the tax of 30% should be paid from the difference between the price of crude from Russia and that from other suppliers.

While Matovic said he expected to get sufficient support for the proposal when he submits it to the government on Wednesday, the plan is still uncertain and one coalition partner has already criticised it.

Economy Minister Richard Sulik, whose SaS party has opposed higher taxes, said the plan could lead to higher fuel prices, and he has threatened to veto the proposal, TASR news agency reported.

In February, the government had sought a tax on “excess profits” from nuclear power production as it looked for ways to help households cope with soaring energy bills.

But it scrapped that tax after reaching a deal to cap household electricity prices with Slovenske Elektrarne, which operates the country’s two nuclear plants and is majority-owned by Italy’s Enel and Czech billionaire Daniel Kretinsky’s EPH group.

(Reporting by Robert Muller in Prague; Editing by Catherine Evans and Matthew Lewis) 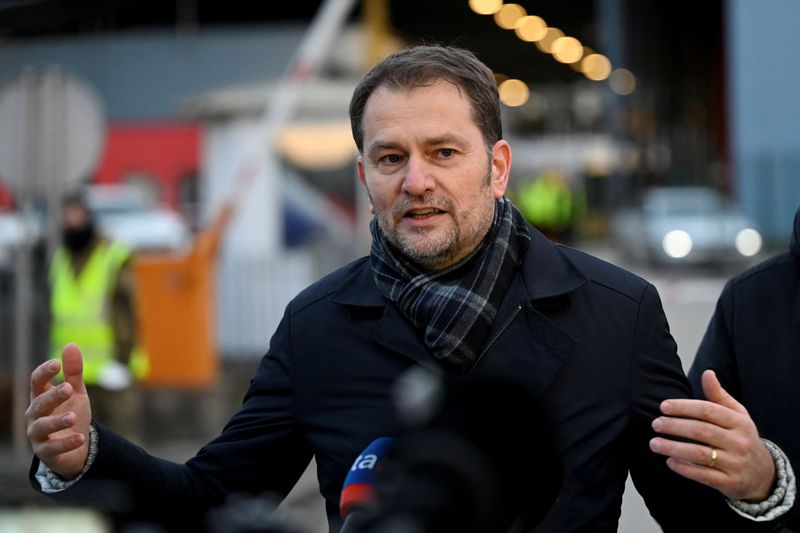 Factbox-What is the make-up of Lebanon’s new parliament?