TAIPEI (Reuters) -The United States is planning on “cooperation” between its National Guard and Taiwan’s military, Taiwan President Tsai Ing-wen said on Tuesday, deepening security ties in the face of what Taipei’s government complains is a rising threat from China.

The United States is Chinese-claimed Taiwan’s most important international supporter and arms supplier, despite the lack of formal diplomatic ties.China has been stepping up its military activities near Taiwan, and its military said last week it had recently conducted an exercise around Taiwan as a “solemn warning” against “collusion” with the United States.

Meeting visiting U.S. Senator Tammy Duckworth in Taipei, Tsai noted that Duckworth was one of the main sponsors of the Taiwan Partnership Act, which has received bipartisan support though has yet to become law.

“As a result, the U.S. Department of Defence is now proactively planning cooperation between the U.S. National Guard and Taiwan’s defence forces,” Tsai said, without giving details.

“We look forward to closer and deeper Taiwan-U.S. cooperation on matters of regional security,” she added.

Taiwanese media has previously reported that Taiwan could partner with Hawaii’s National Guard for the programme.

The exercise by China’s military came after U.S. President Joe Biden angered China by appearing to signal a change in an American policy of “strategic ambiguity” on Taiwan by saying the United States would become involved militarily if China were to attack the island. U.S. officials said there had been no change in policy.

Tsai has been overseeing the modernisation of Taiwan’s armed forces, including reforming its reserve forces to make them more combat capable.

Speaking later with Taiwan Premier Su Tseng-chang, Duckworth said she had brought with her the director of the U.S. National Guard’s State Partnership Program “which will be working with you on setting up your all-out defence”.

She did not elaborate. The State Partnership Program pairs U.S. National Guard units with other countries to help with training and interoperability.

The Pentagon and the National Guard Bureau did not respond immediately to a request for comment.

Mark Montgomery, a retired U.S. Navy rear admiral and senior fellow at the Washington-based nonprofit Foundation for Defence of Democracies, said Hawaii’s National Guard would be a good fit for a Taiwan partnership due to their island geographies and the state’s hosting of the U.S. military’s Indo-Pacific Command.

“This is not an overnight thing once you agree to do it. It is an initially small but perhaps someday more significant element of an overall approach that we need to take with Taiwan,” Montgomery said, advocating for the move as a precursor to more extensive joint naval and air exercises.

Any such program would likely have a “patina” of humanitarian and disaster relief, but also include training on reserve force management, he said.

Taiwan was, however, not included in the United States’ Indo-Pacific Economic Framework for Prosperity, or IPEF, last week despite its lobbying efforts.

Tsai said Taiwan will keep expressing its willingness to participate.

“In the near future, we look forward to Taiwan and the United States working together in taking new steps to develop concrete plans that further deepen our economic partnership.”

China’s Foreign Ministry expressed its opposition to Duckworth’s visit, as it does to all high-level engagements between Taiwan and the United States. 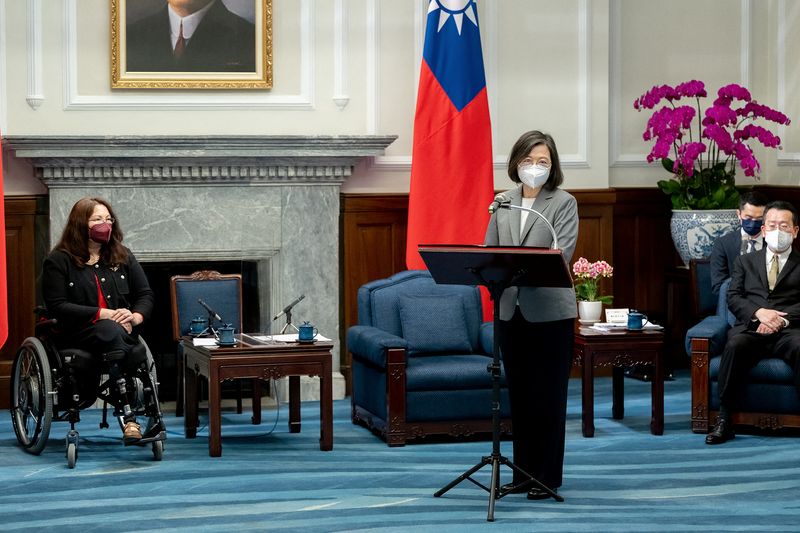 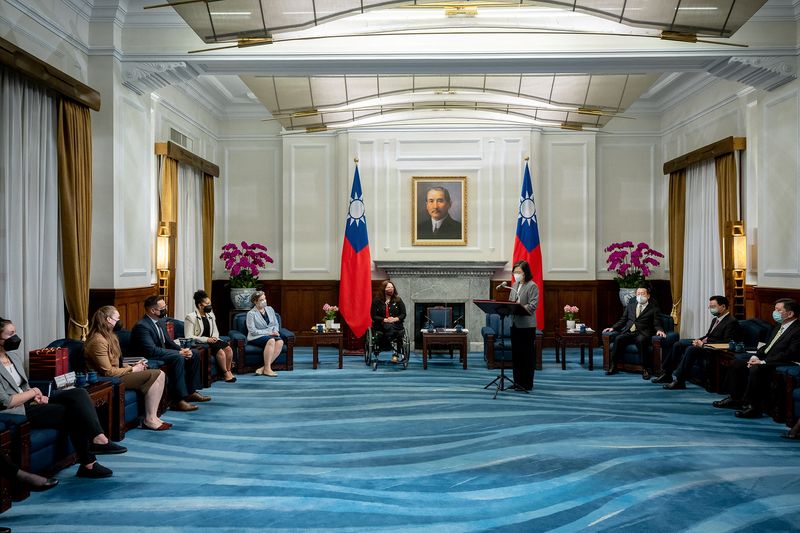 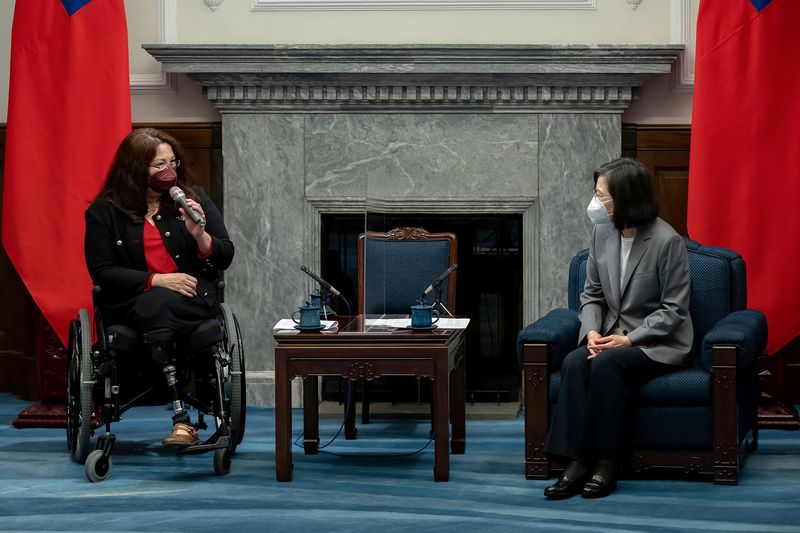