WASHINGTON (Reuters) -The Biden administration remains committed to re-opening a U.S. consulate in Jerusalem and is further discussing the issue with Israelis and Palestinians, State Department spokesperson Ned Price said on Tuesday.

Former U.S. President Donald Trump moved Washington’s embassy to Israel to Jerusalem from Tel Aviv in 2018 and shut down a separate facility in the city that served as a consulate for Palestinians.

President Joe Biden, who defeated Trump in 2020, pledged to reopen it, but no date has been set. Israel has publicly opposed the plan and suggested that such a mission should be outside Jerusalem in the occupied West Bank.

“There are a number of steps that have to go into the reopening of any diplomatic facility. As you know, there are some shall we say unique sensitivities to this particular facility,” Price said at a regular news briefing, rejecting any suggestion the consulate plan had been shelved.

“We are working through the issue with our Palestinian and Israeli partners.”

The Times of Israel, citing unidentified U.S. and Palestinian officials, reported on Sunday that in lieu of reopening the facility, Washington was planning to appoint the current top State Department diplomat for the region, Hady Amr, as a special envoy to the Palestinians.

Asked about the report on Tuesday, Price said he did not have any personnel announcements to make. 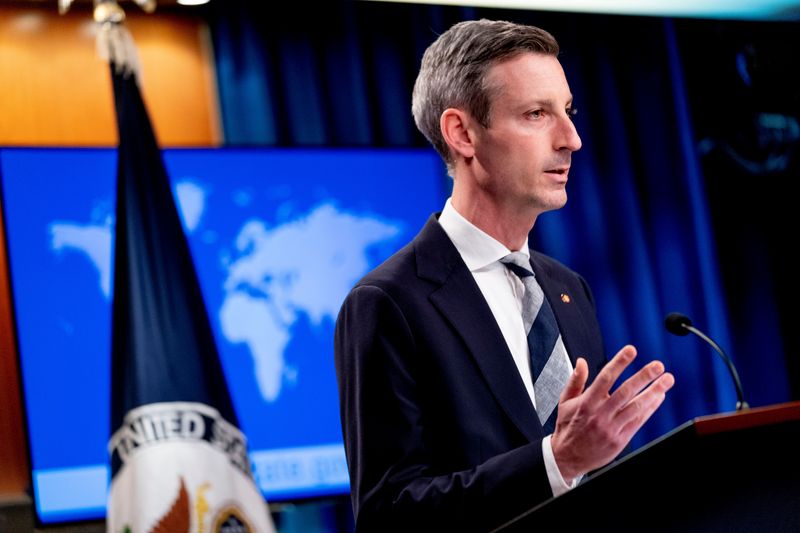 Ukrainian officials report ‘shutdown of all communications’ in Kherson region

Ukrainian officials report 'shutdown of all communications' in Kherson region