FILE PHOTO: A tractor spreading fertiliser on a wheat field near the village of Yakovlivka in Ukraine

PARIS/LONDON (Reuters) – After making it through the spring planting season, sometimes with the help of bulletproof vests and helmets, Ukraine’s farmers are facing another challenge – finding enough diesel for the harvest to come.

The war with Russia cut fuel supplies just as farmers stepped up work for the spring season and they have lost about 85% of their normal supplies since the conflict started on Feb. 24, farmers, fuel distributors and analysts say.

The total area planted with grain this spring is already expected to be up to 30% smaller than last year because of the fighting, and yields could drop too if farmers don’t get fuel so they can apply chemicals and harvest crops at the right time.

Ukraine was the world’s fourth-largest grain exporter last season, shipping staples such as wheat and maize to Africa and the Middle East, as well as supplying half the grain procured by the U.N.’s World Food Programme for emergency aid.

With Ukraine’s Black Sea ports blockaded, getting crops out is fast becoming a global issue and U.N. Secretary-General Antonio Guterres is attempting to broker a deal for grain shipments to resume – and calm world food markets.

In the year to the end of June 2021, Ukraine exported 45 million tonnes of grain. It had been expected to ramp that up to 65 million after a record harvest late last year but the war has left some 21 million tonnes stranded in silos across territory it controls as the 2021/22 season comes to an end next month.

And while security has been the most pressing issue for farmers so far, with swathes of land cut off by Russian advances or damaged by shelling, fuel shortages are starting to bite as the next harvest looms.

“Fuel is the biggest problem at the moment, more than anything,” said Kees Huizinga, a Dutch national who runs a 15,000 hectare dairy and crop farm in central Ukraine.

Ukrainian farmers use most of the 1.5 million tonnes of diesel they consumer each year, or more than 10% of Ukraine’s annual fuel demand, in the spring season, said Taras Panasiuk, commercial director of petrol station operator WOG.

Ukraine usually relies on Russia, Belarus and imports from elsewhere coming in by sea for most of its fuel. Last year, for example, more than 60% of its diesel came from Russia and Belarus, Ukrainian oil products consultancy A-95 estimates.

Now, Ukraine has been forced to embark on costly and complex ways to bring in fuel via land from neighbours such as Poland and Romania, though a lack of capacity and red tape has slowed these efforts, the Ukrainian Oil and Gas Association said.

That task has become more daunting as countries nearby are facing their own diesel shortages, while Russian strikes on the Kremenchuk oil refinery and fuel depots have further squeezed supplies within Ukraine.

A shortage of tanker drivers is also hampering fuel deliveries as many have been enlisted to fight, analysts say.

Roman Gorobets, director of FE Astra, which cultivates about 2,000 hectares in the central Poltava region, said waiting times for diesel deliveries to farms were now two to four weeks.

“Things have worsened. We are facing severe fuel shortages all over the country,” he said.

The government has announced contracts to import 300,000 tonnes of diesel and 120,000 tonnes of petrol to cover May, and the deputy chief of staff at Ukraine’s presidency, Kyrylo Tymoshenko, said on Friday that 1,500 tonnes of fuel had reached a customs point in Lviv in the previous 24 hours.

As with other key materials such as seed and fertiliser, farmers have largely covered their fuel needs so far by using stocks and tapping into alternative supply chains, farmers say.

Farms have also adjusted crop plans. Notably, they have shifted away from corn as it is intensive to grow and can produce bumper harvests that could overwhelm Ukraine’s already brimming grain silos.

Instead, they are opting more for barley, soybeans and sunflower seeds because they are cheaper crops to grow and generate smaller volumes once harvested.

Based on stocks left over from last year’s harvest and current monthly exports of some 1 to 1.5 million tonnes via land routes, only 65% of the normal grain storage capacity will be available come July when winter crops start to be harvested.

Some growers such Gorobets, whose company completed its spring planting in mid-May, say not being able to sell the next crop is the biggest threat facing Ukrainian agriculture and the global food market.

A lack of diesel for tractors could still hamper the rest of the growing season if the conflict goes on.

“If you can get seed, fertiliser, whatever chemical you need, it’s kind of a one-time. Fuel is more steady, you need it consistently,” said Matt Ammermann, a commodity risk manager at StoneX, who covers eastern Europe.

Huizinga says his dairy and crop farm in central Ukraine has enough fuel to round off planting, but not to cover the harvesting that will start within a couple of months.

Like other war-time factors, the potential impact of fuel shortages on crop production is hard to predict and the Ukrainian government has not given forecasts of harvest volumes.

For wheat, mostly sown before the war as winter crop, some analysts tentatively expect loss of land to the conflict and a squeeze on supplies from fertiliser to fuel to bring production down by 35-40% from a record crop of 32 million tonnes in 2021.

Even with a decline of that magnitude, that would still leave about 20 million tonnes needing to be threshed and transported from July.

With timing so important for farming, fuel to power machines can be a make-or-break factor, said Mike Lee, director of Green Square Agro Consulting, which specialises in crop analysis in the Black Sea region.

“If you don’t have diesel, you can’t drive a tractor, no matter how much fertiliser and seed you have.”

(Reporting by Gus Trompiz in Paris, Bozorgmehr Sharafedin and Maytaal Angel in London, Pavel Polityuk in Kyiv and Christopher Walljasper in Chicago; Editing by Veronica Brown and David Clarke) 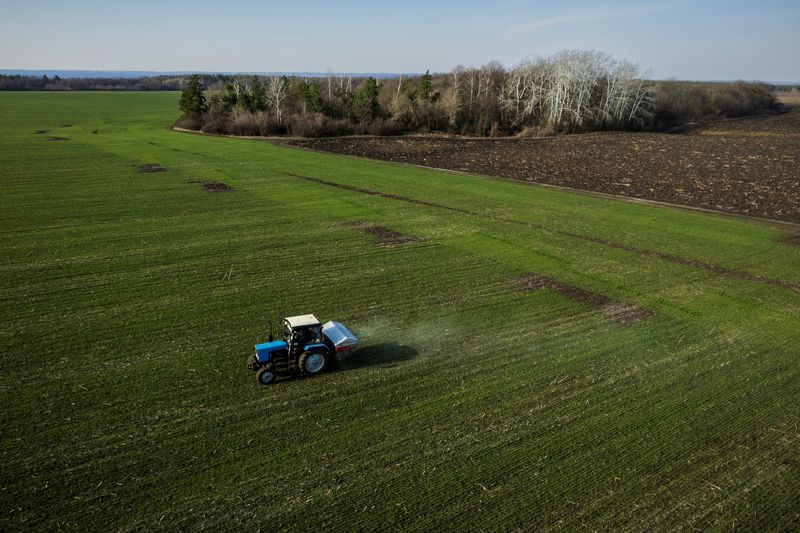 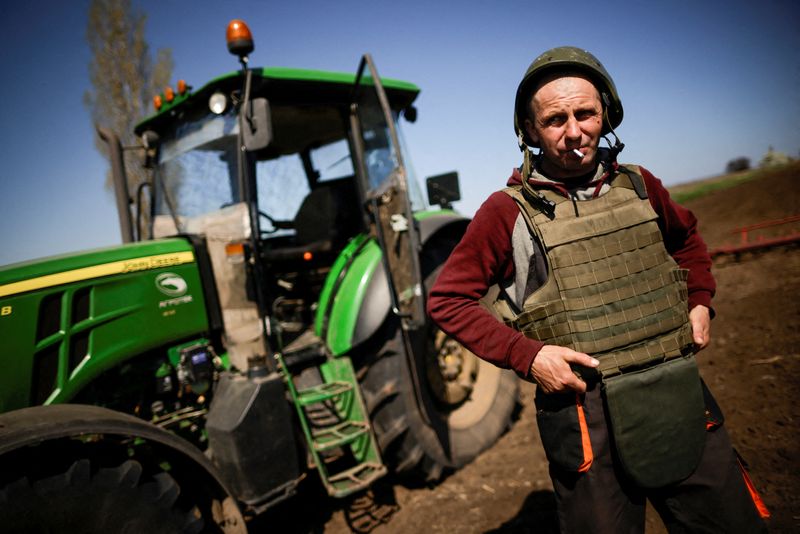 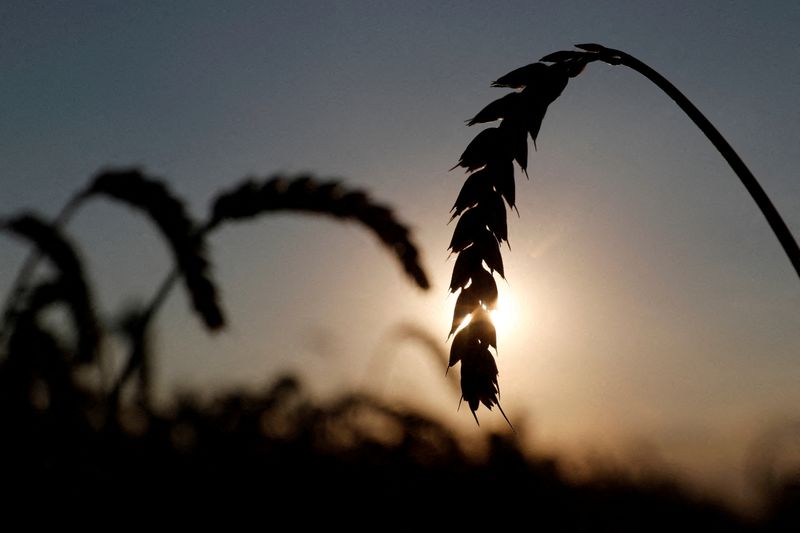 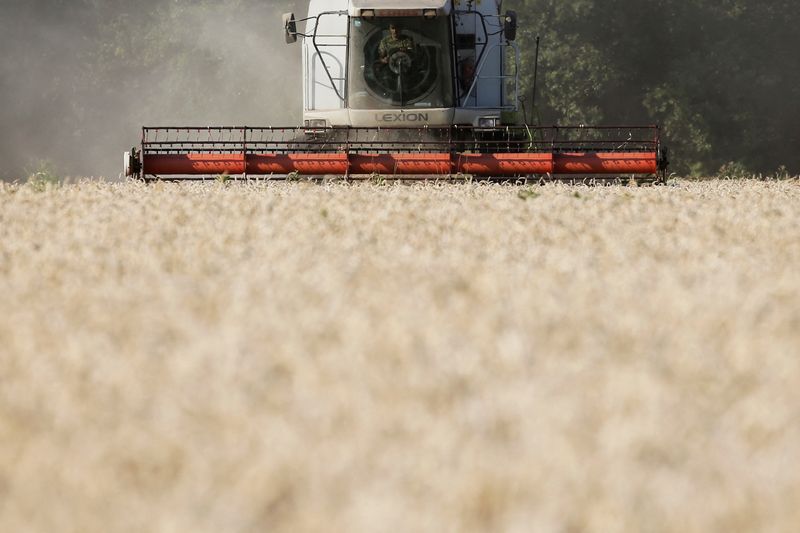 Ukraine looks for ways to get its grain out