RUSKA LOZOVA, Ukraine (Reuters) – While three of his men heaped dark soil into a chin-high berm to shield their trench, Ohor Obolenskiy gestured on Sunday across sun-dappled fields to a tree-clad ridge line sweeping the nearby horizon.

“We can see the Russian positions from here and say, ‘Fuck you, Russians,’” the 35-year-old Ukrainian commander joshed in rough English, his grim face creasing into a wide grin.

The amalgam of National Guard and volunteers he leads seized Ruska Lozova in fierce fighting on May 8, four days into a counteroffensive that has thwarted Russia’s bid to seize nearby Kharkiv, Ukraine’s second largest city.

The counter-offensive has been Ukraine’s most successful since it expelled Russian troops from the north of the country and the area around the capital Kyiv at the end of March, and signals a new turning point in the battle for the east.

For the first week, the troops in Ruska Lozova said, Russian shelling was so intense they only could move about the now-devastated village at night.

While they remain ever-alert to the high explosives regularly hurled by Russian artillery and tanks, Obolenskiy and his men made little effort to conceal themselves from the foe hunkered along the ridge line three kilometers away.

One reason, they said as Reuters toured their positions, was because the patchy cloud made it difficult for Russian drones to target their positions.

Another was because they believed the Russians, while trying to keep them pinned down, have been pulling their forces out in a withdrawal to their border. From there, they think, those troops are redeploying south to bolster a Russian drive to seize the entire Donbas region, which largely has stalled.

“There is less shelling from the Russians,” said Mikhayl, one of Obolenskiy’s lieutenants, giving only his nom de guerre as he sat in a basement ripe with the odor of the unbathed troops encamped in its gloom. “We think they are retreating.”

Yet, the troops holding the village, deserted by all but a few of its 5,000 residents and a horde of abandoned cats and dogs, are not ready to celebrate what some media outlets have begun hailing as their victory in the Battle of Kharkiv.

They still are fighting the Russians – they lost two soldiers on Saturday – whose helicopter gunships search for their positions in low-level runs to avoid the U.S.-made Stinger missiles with which Obolenskiy’s troops are armed.

Moreover, Obolenskiy and his aides said they remained concerned that despite high loses in men and equipment, Russian President Vladimir Putin could launch a new offensive against Kharkiv, 20 km south.

“We think it’s possible that the Russians will come back,” said Mikhayl, a large man who declined to reveal the contingent’s total casualties. “Putin will never forgive us. It will be difficult for him to explain to the Russian people why his special operation is over.”

Putin said that he launched what he called a special military operation on Feb. 24 to protect his nuclear-armed country from a threat posed by what he calls a fascist government in Kyiv. Kyiv and its foreign supporters call it an unprovoked war of aggression to subjugate Ukraine.

‘ALL THE WAY TO SIBERIA’

The Ukrainians bunkered in deserted homes, cellars and garages around Ruska Lozova have no doubt that the Russian forces arrayed around the Kharkiv region will retreat across the border. But they disagreed about comes next, with several saying they want to take the fight into Russia.

“I want to go all the way to Novosibirsk. The videos that I have seen of what they have done leave me no choice,” growled Mihkayl, referring to a city in Siberia, and to alleged war crimes committed by Russian forces against Ukrainians. Moscow denies targeting civilians.

Obolenskiy, however, said he is concerned that Russian forces will shell Ukrainian troops from inside their border in a deliberate ploy to trigger return barrages that would allow Putin to justify an escalation of the conflict to suck in NATO.

“Putin wants to start a war with NATO,” said Obolenskiy, who believes an escalation should be avoided by creating 10 km-wide buffer zones on either side of the border.

The fighting for Ruska Lozova devastated the village that sits in a fold cut by the Lozovenka River through rolling hills north of Kharkiv. A bridge across the river has been smashed into two fire-blackened halves.

The detritus of war litters fields and rutted lanes pitted by shell craters and lined by destroyed and damaged homes.

A Russian T-72 tank captured by the Ukrainians in working condition sat in the shadows of a carport, ready for use against its original owners.

A young officer, who gave only the first name of Klem, walked briskly through untended orchards, taking a visitor into abandoned Russian bunkers littered with molding rations and military gear.

When the Russians advanced to the outskirts of Kharkiv in February, he said, the village was a rear base.

“Now,” he said, “their frontline is in those trees, three kilometers away.” 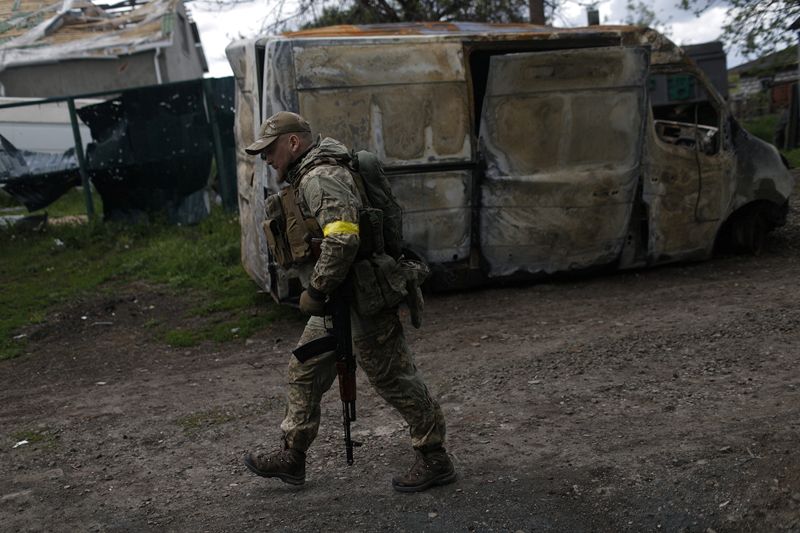 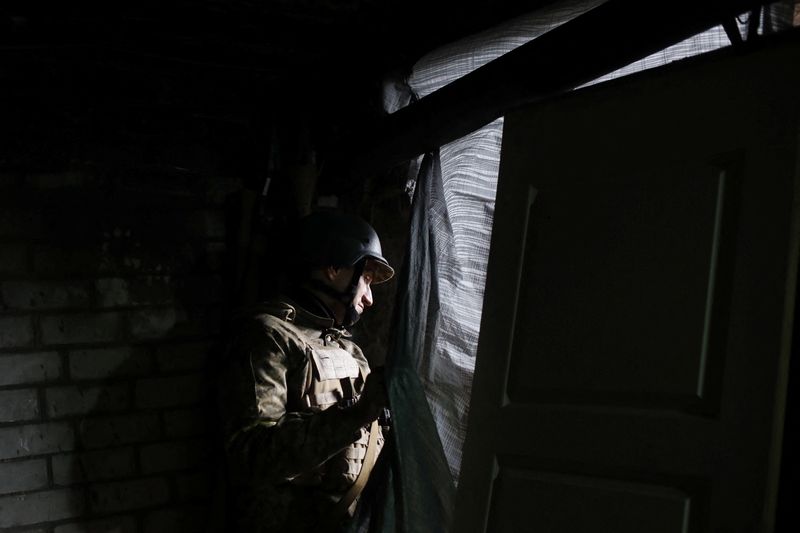 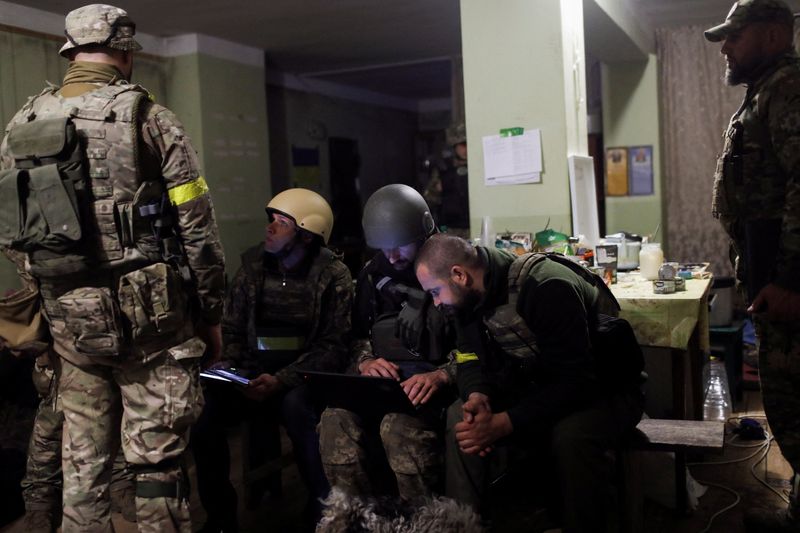 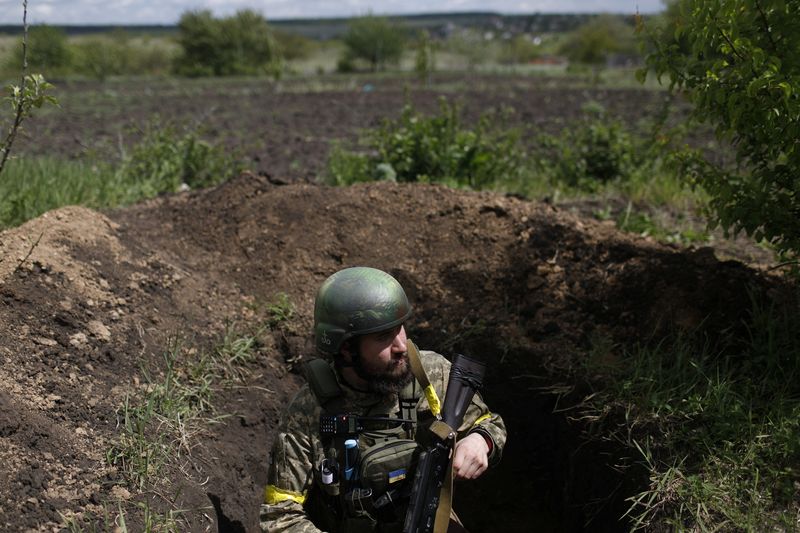 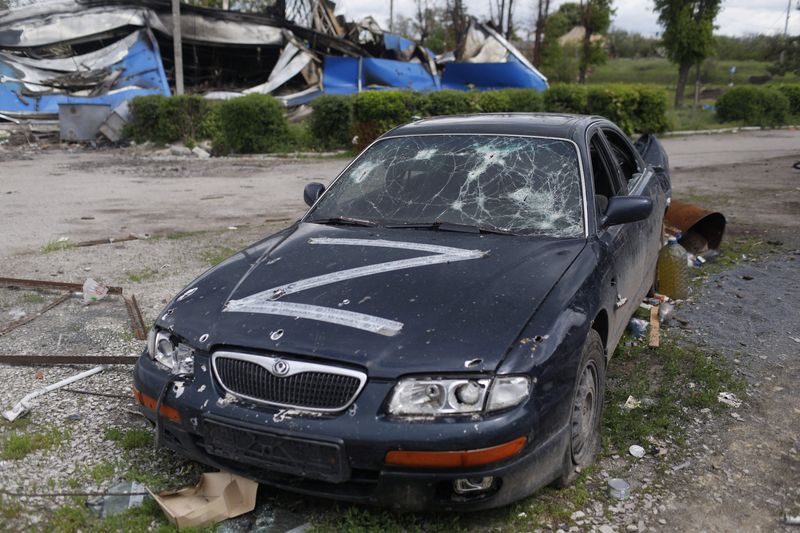 As Australia votes, indigenous people call for debate on rights