DUBAI (Reuters) – A day of national mourning to commemorate victims of a collapsed building in the Iranian city of Abadan turned violent over the weekend, as demonstrators clashed with police, according to videos of the incidents posted on social media on Monday.

The death toll of the building collapse a week ago rose to 32 on Monday, according to the governor of Khuzestan province, and bodies were still being excavated from the 10-storey residential and commercial building.

Iranians were infuriated by the circumstances behind the building’s collapse, which officials blamed on corruption and lax safety. There were also protests last Friday evening in the country’s south, where Abadan is located.

Iranians were already frustrated with high food prices and economic problems at a time when efforts have stalled to revive a 2015 nuclear deal with world powers which would provide sanctions relief.

A video posted on Twitter by onlookers showed a crowd of protesters in Abadan encircling a dozen anti-protest motorbike policemen on Sunday night, throwing projectiles at them and pushing them off their bikes.

Other Twitter footage shared by a 50k followers Iranian account focused on Iran protests showed anti-protest police units charging demonstrators with batons and firing teargas at them. The videos could not be independently authenticated by Reuters.

Authorities investigating the building collapse have detained Abadan’s current and past mayors and nine others, including municipality employees and project supervisors.

Social media calls to hold solidarity demonstrations for Abadan on Monday afternoon were followed by football supporters in Tehran’s Azadi stadium who shouted “Abadan” before the start of a game, unverified videos shared on Twitter and Iran’s semi-official Fars news agency showed. 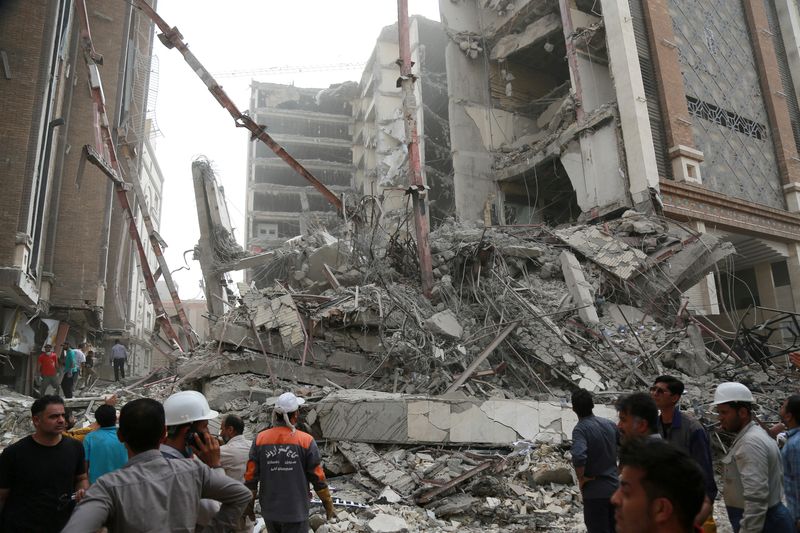 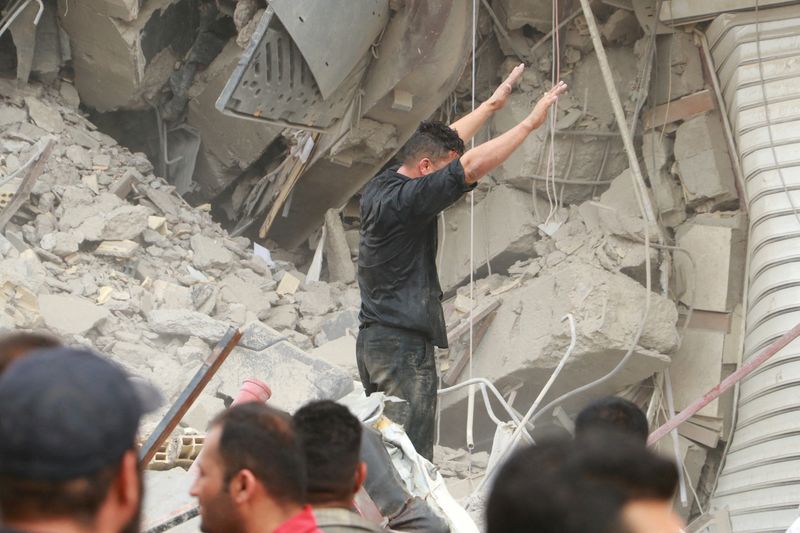