The entrance gate to the normally crowded Kiyomizu temple, a favourite location among tourists, is pictured amid the coronavirus disease (COVID-19) outbreak, in Kyoto

TOKYO (Reuters) -Japan’s easing of a two-year ban on foreign tourists seeks to balance the enormous economic importance of tourism with concerns that travellers would trigger a COVID outbreak, insiders say.

Under the decision, Japan will allow in a limited number of foreign tourists on package tours starting June 10. Last week a few “test tours”, mainly of overseas travel agents, started to arrive.

Relaxing some of the world’s strictest pandemic border measures required months of pressure from travel and tourism executives, three insiders told Reuters, describing both the government’s fears of public backlash if infections spiked and the industry’s concerns of an economic wipeout.

“There were worries that foreign tourists would include a lot of people with bad manners – people who don’t wear masks or don’t use hand sanitiser and that infections could spread again,” said one tourism company executive, who like the others spoke on condition of anonymity because of the sensitivity of the issue.

“If the government doesn’t open up the country, more companies will go bankrupt, and that’s no good politically,” he said.

Kishida’s LDP faces an election in July. Although the closed-border policy was overwhelmingly popular early on, the public has warmed up to reopening as the pandemic has eased and the cost of closure became more apparent. A recent Nikkei poll showed 67% of respondents felt it was “reasonable” to allow in foreign tourists.

The foreign ministry felt some pressure from overseas on relaxing border controls, and was one of a handful of ministries that tried to persuade Kishida’s government, another insider said.

Ultimately, foreign pressure may have helped ensure the change, said an industry executive.

Local governments remain worried that foreign tourists will bring in the coronavirus, the industry executive said, making it difficult to open the country fully.

Japan, where guidelines such as mask wearing and hand sanitising are scrupulously followed, has avoided the kind of massive infections that have swept through other countries.

Already, the test tours have hit a snag. The Japan Tourism Agency said on Monday that a participant on a trip to the southern prefecture of Oita had tested positive for COVID. The three other travellers are asymptomatic, it said, but the rest of the tour was cancelled.

“You can’t pay the bills, the rent, the labour without inbound tourism,” he said, adding that the border easing would not be enough to quickly revive the industry.

The number of hotels that shut down nationwide rose to the highest in five years last year, and hotel debt levels have more than doubled since 2019, according to researcher Teikoku Databank Ltd.

Government subsidies have helped stave off widespread bankruptcies. Resol might have gone under if it weren’t for side businesses such as golf courses and solar plants, Kageyama said.

Tourism was a rare bright spot for Japan before the pandemic. A record of about 32 million foreign tourists visited in 2019, spending some $38 billion. The government still aims to bring in 60 million tourists a year by 2030.

The rickshaw pullers in Tokyo’s Asakusa temple district have gotten by giving rides to domestic tourists instead of the throngs of Chinese who used to come.

“I want the foreigners to return,” said Yui Oikawa of Rise Up Tokyo Rickshaw. “It was more lively that way, with people from all over coming to Asakusa to pray or have a drink.”

There’s also a lost opportunity: the yen is at its weakest level in 20 years, making Japan a cheaper destination for travellers.

For now, tourists can only come on guided, package tours and as part of a quota of 20,000 arrivals each day, including residents.

Other Asian tourist destinations like Singapore and Thailand began welcoming back tourists in the second half of 2021 and in April further eased entry rules. Japan doesn’t have a timeline for a resumption of full-scale, independent tourism, and the easing could be reversed it COVID worsens, the government says.

The small test tours that started last week are mainly made up of foreign travel agents. They have been subject to strict itineraries that have been mocked online as reminiscent of a visit to North Korea.

The test tours will help the government flesh out guidelines for trips from June 10, officials say.

But Clement Kueh, an Australian travel agent who arrived at Tokyo’s Haneda airport last week, said he and his colleagues still weren’t certain how authorities would define what constitutes “group” travel.

“We’re not sure what that means exactly,” he said. 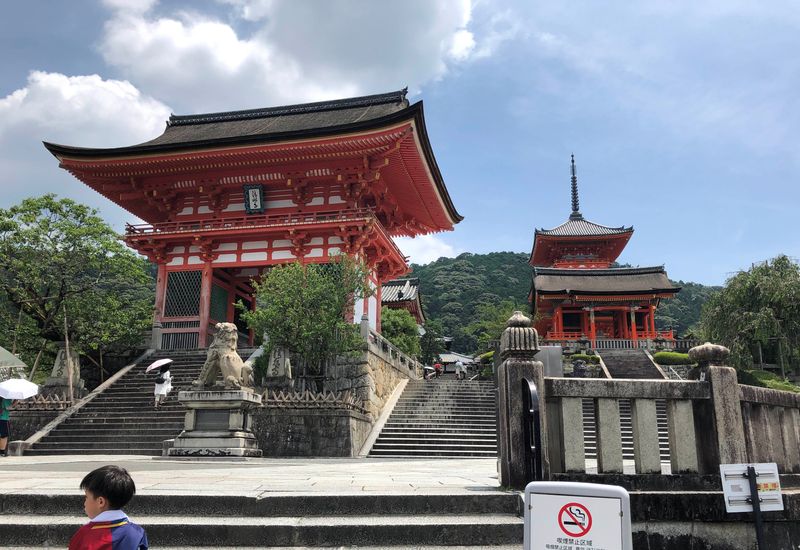