LIMA (Reuters) – A team of archaeologists has discovered a network of passageways under a more than 3,000-year-old temple in the Peruvian Andes.

Chavin de Huantar temple, located in the north-central Andes, was once a religious and administrative center for people across the region.

The passageways were found earlier in May and have features believed to have been built earlier than the temple’s labyrinthine galleries, according to John Rick, an archaeologist at Stanford University who was involved in the excavation.

Located 3,200 meters above sea level, at least 35 underground passageways have been found over the years of excavations, which all connect with each other and were built between 1,200 and 200 years B.C. in the foothills of the Andes.

“It’s a passageway, but it’s very different. It’s a different form of construction. It has features from earlier periods that we’ve never seen in passageways,” Rick said.

Chavin de Huantar, declared a World Heritage Site in 1985, was the inspiration and name of the operation carried out when the Peruvian armed forces built a network of tunnels to rescue 72 people taken hostage by the Tupac Amaru Revolutionary Movement (MRTA) rebel group at the Japanese ambassador’s residence in Lima in 1997. 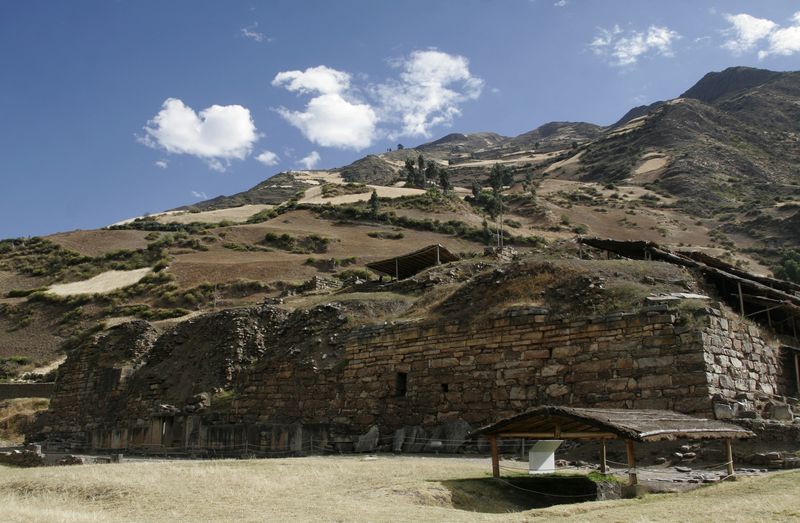