Monkeypox spread no reason to shun pride parades – WHO

FRANKFURT (Reuters) – An unusual spread of monkeypox does not mean people should shun LGBTQ+ pride parades this summer, a World Health Organization expert said on Monday, adding that it was important to show support.

The usually mild illness that can cause flu-like symptoms and skin lesions has disproportionately affected men who have sex with men. Health officials have stressed the disease can be transmitted to anyone who has close contact, such as skin to skin, with an infected person.

“It’s important that people who want to go out and celebrate gay pride, LGBTQ+ pride, to continue to go and plan to do so,” Andy Seale, strategies adviser at WHO’s department of sexually transmitted infections programmes, said at a WHO social media briefing.

“Most of these events – the official events – are outdoors, they’re family friendly. We don’t see any real reason to be concerned about the enhanced likelihood of transmission in those contexts.”

Events linked to many of the current cases took place in enclosed spaces such as nightclubs, he added.

Upcoming pride marches are scheduled for New York on June 26 or in Berlin on July 23, among other places.

Another WHO official said it was unlikely for the monkeypox outbreak outside Africa to lead to a pandemic, adding it remains unclear if infected people who are not displaying symptoms can transmit the disease.

More than 300 suspected and confirmed cases of monkeypox have been reported in May, mostly in Europe. 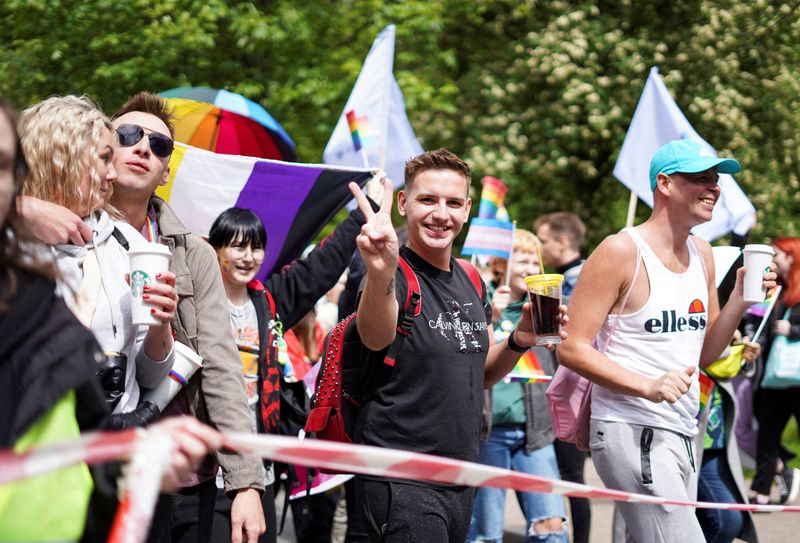