Shanghai revives after two-month COVID lockdown, wary of a new one

By Brenda Goh and Jason Xue

SHANGHAI (Reuters) – Shanghai sprung back to life on Wednesday after two months of bitter isolation under a ruthless COVID-19 lockdown, with shops reopening and people going back to offices, parks and markets, hoping to never go through a similar ordeal again.

For many of the 25 million residents finally able to experience the outdoor world again in China’s largest and most cosmopolitan city, street life looked like a flashback from a distant memory.

Cars were back on the roads, while commuters hopped on trains and buses again. Joggers, skaters and dog walkers defied the muggy heat to roam through riverfront parks.

There was the joy of reuniting with close ones, the relief at being able to shop for anything, but also the wariness of another potential outbreak as people licked their wounds after a sustained period of frustration, stress and economic loss.

A Shanghai resident surnamed Dong, who was drinking beer with a friend in the city’s former French Concession neighbourhood, was not in a celebratory mood.

“It’s not like the happiness you feel when you welcome the New Year. It’s very complicated. The last two months have not been easy for anyone,” she said.

“I’m happy because I can see my friend, but when I was alone I really wanted to cry.”

Shanghai’s lockdown was the result of China’s “zero COVID” strategy of eradicating outbreaks at just about any cost as the country went against the global consensus that co-existence with the virus was inevitable.

The fear that COVID – and with it, strict restrictions on social life – can return was visible. Police and clerks at public-facing desks were wearing full hazmat suits. Many commuters wore gloves and face shields. All wore masks.

There were also long queues at PCR testing sites, with residents needing recent negative results to take public transport and enter various buildings, and many queued at vaccination centres.

Cafes like Starbucks reopened but restaurant dining remains largely banned, shops can operate at only 75% capacity and gyms will reopen later.

While people went to the malls again, they mostly restricted themselves to small pleasures such as bubble tea, avoiding flashy expenses.

“This is a time to enjoy being outside but also to protect yourself and protect your money,” teacher Yang Zengdong said. “This is not the time to spend and be wasteful.”

I’m not afraid of getting the virus, but I am afraid of a positive test result and centralised quarantine.”

Businesses were also having mixed feelings about their outlook after the lockdown, which battered Shanghai’s manufacturing and export sectors, disrupted supply chains in China and around the world and slowed international trade.

Factory activity in the world’s second-largest economy shrank less sharply in May as some production resumed, but it was still the second-sharpest monthly slump since February 2020, in the initial stages of the COVID pandemic.

Many analysts expect the economy to contract in the second quarter, and say the recovery will be a grinding process heavily dependent on COVID developments, with consumers and businesses unlikely to regain confidence immediately.

But some pent-up consumption was noticeable.

People bought fresh fruit and vegetables and other products they craved during the lockdown when they could not always order everything they wanted, relying heavily on group orders of basic supplies with neighbours.

“I bought some soy beans, this was not possible to buy through group-buys, some broccoli, and some prawns,” said a woman surnamed Wang as she pushed a bicycle laden with groceries.

“This is my first day out.”

The city’s handling of the lockdown provoked rare protests, with people at times banging pots and pans outside their windows to show discontent. Those were awkward scenes for the ruling Communist Party in a sensitive year when President Xi Jinping is expected to secure a precedent-breaking third leadership term.

Chinese authorities have threatened action against critics of its COVID policy, which they say aims to avoid the millions of deaths caused by the virus around the world. The United States alone has recorded about a million.

Shanghai’s government published a “thank you” letter to residents, with medical staff, police, the army, journalists and “grass-roots” cadres among many getting special mention for their contributions.

“Under the strong leadership of the Communist Party’s Central Committee with Comrade Xi Jinping at the core, after more than two months of continuous fighting, the arduous battle to defend Shanghai has achieved a major milestone,” it said.

“This is a moment everyone has been waiting for… we would like to thank all Shanghai citizens in particular for their support and dedication!”

On social media, some users responded to the letter with victorious celebrations, while others demanded a letter of apology instead.

“Shouldn’t those who wield great power and can arbitrarily inflict harm on others be held accountable?” one user commented. 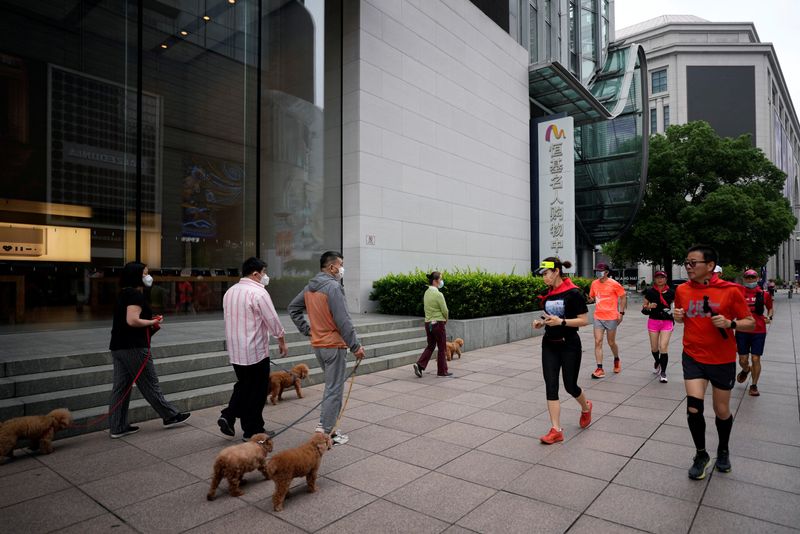 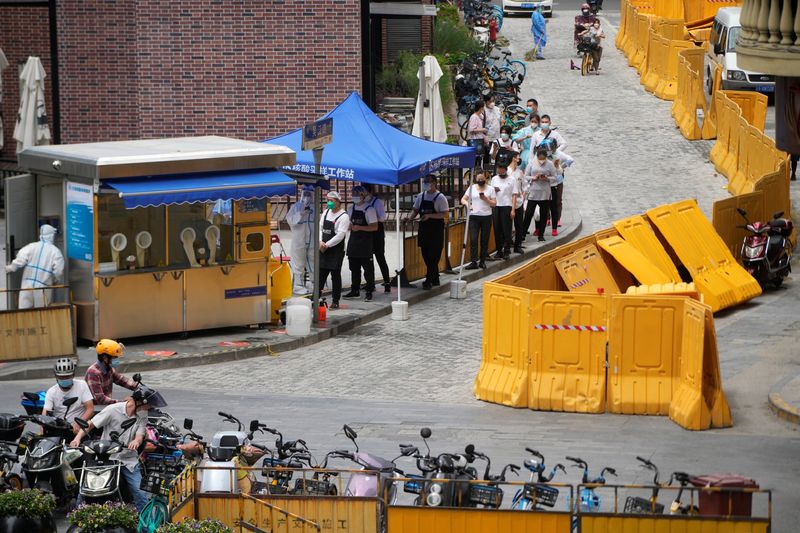 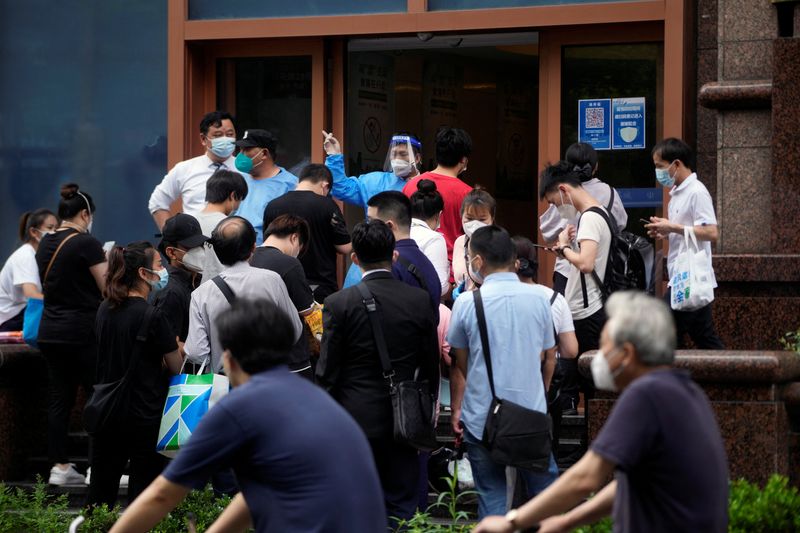 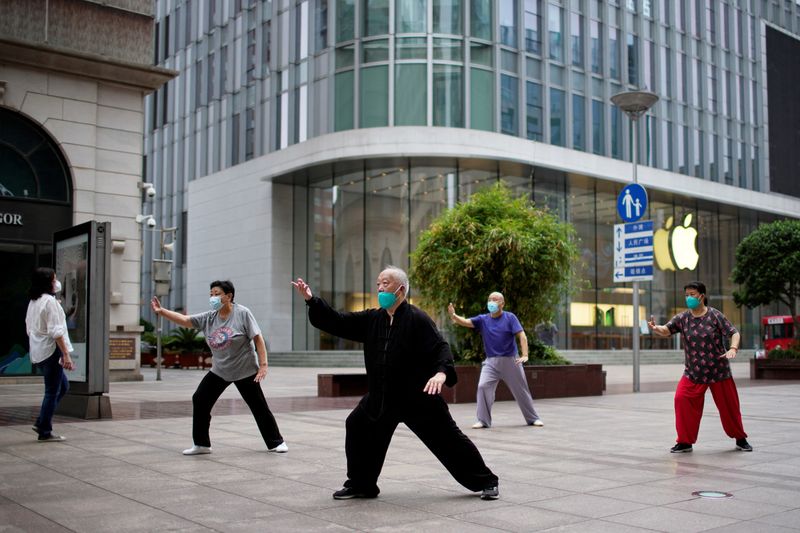 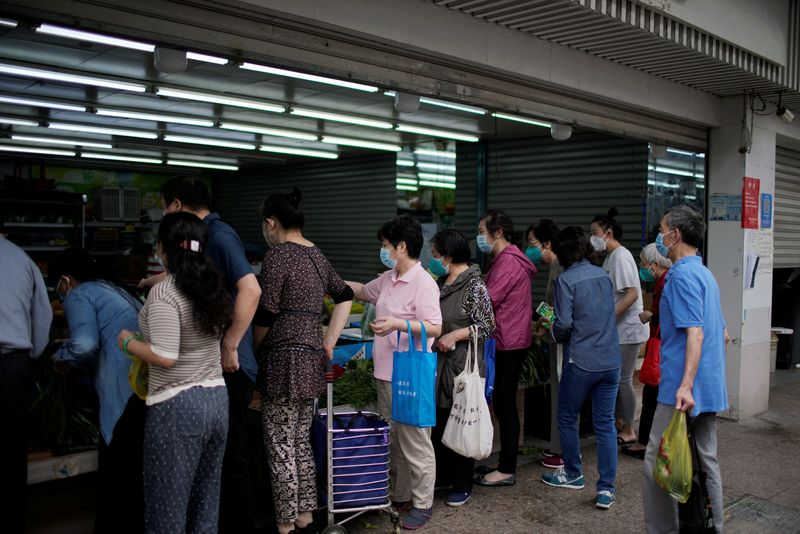 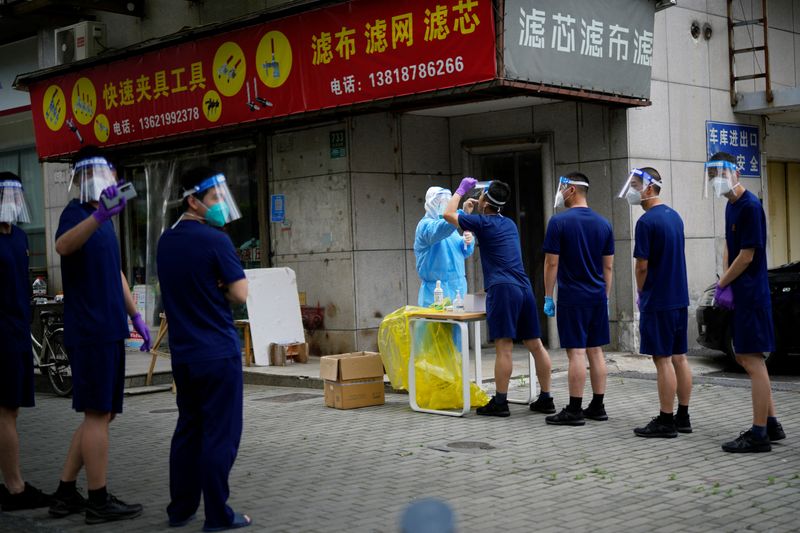