Landslides provoked by rains in Recife

(Reuters) – At least 106 people have died and 10 are still missing in Brazil, the government said on Tuesday, as heavy rains tore through urban towns in the northeastern part of the country for a sixth consecutive day.

The governor of the northeastern state of Pernambuco, Paulo Camara, in an interview with local media, said the government’s priority was to find those still missing amid mudslides and major flooding.

“We will not stop until we find all those missing. This is a fundamental point at the moment,” Camara said.

The National Civil Defense said on Twitter that an alert was in place for the “very high” possibility of more flooding in Pernambuco, including its capital, Recife.

Brazilian President Jair Bolsonaro visited the state on Tuesday and flew over the affected areas. He promised to send help and resources to families who had been impacted.

It is the fourth major flooding event in five months, underlining a lack of urban planning in low-income neighborhoods throughout much of Brazil, where shantytowns are often built on hillsides prone to collapse.

In late December and early January, dozens were killed and tens of thousands were displaced when rains hammered Bahia state, also located in northeastern Brazil. At least another 18 died during floods in the southeastern state of Sao Paulo later in January, while torrential downpours in Rio de Janeiro state killed over 230 the following month. 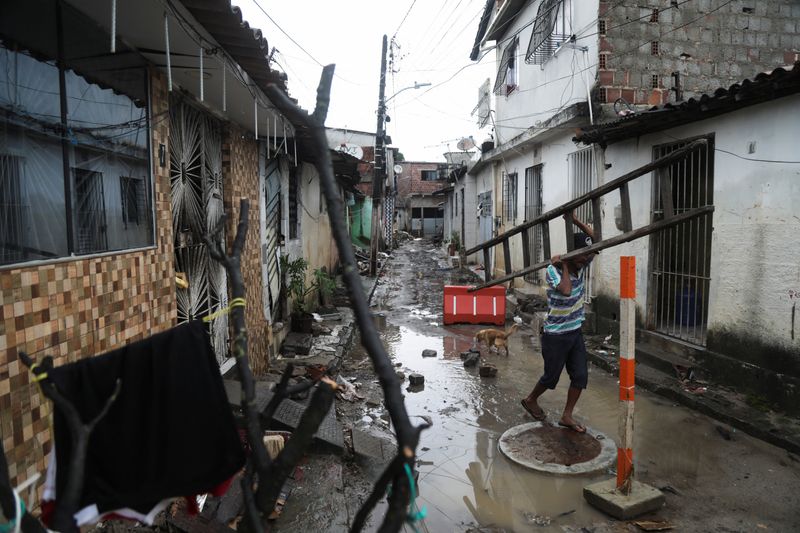